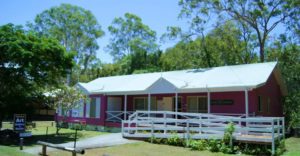 Redland Yurara Art Society Incorporated is a not–for–profit art organisation run exclusively by volunteers. The Society is based in Thornlands, near Cleveland in the Redlands about 40 kilometres south east of Brisbane.

Established by Clothilde Highton and a small group of artists in 1962, Redland Yurara Art Society was originally known as “The Yurara Art Group”. The Group met regularly in Clothilde's home which overlooked Raby Bay and was named “Yurara”, an aboriginal word that means “looking eastwards”.

The Group's purpose was, (as it remains), ‘to give encouragement to practising artists, and to awaken public interest in the Arts generally’.

In 1991 The Yurara Art Group became incorporated changing its name to Redland Yurara Art Society Inc.* In 1992, after a huge fund raising effort, the Society received a dollar–for–dollar grant from the Queensland State Government. This, together with an allocation of land in Pinkland Recreation Reserve by the Redland Shire Council, allowed Yurara Art Society to build its own studio. The studio, officially opened in August 1992 by the then Premier of Queensland, Mr Wayne Goss, remains the hub of members' activities, accommodating regular workshops, classes, tutorials, displays, meetings and social gatherings. In 1998, following a generous bequest from founding member, Joan Higgins, a gallery was added to the Studio, doubling available space.

Both studio and gallery are well equipped and air conditioned. The gallery offers a crisp, fresh space with modern hanging facilities and professional lighting system. The studio is equipped with a variety of easels, small and large work tables, boards, DVD and Video facilities. A fine collection of art books and videos are available for loan to members. Kitchen facilities including a refrigerator, urn, sink and microwave are also available.          *Referred to usually as Yurara Art Society

BENEFITS OF BECOMING A YURARA MEMBER 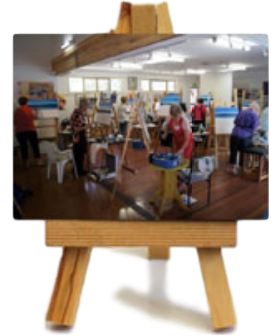