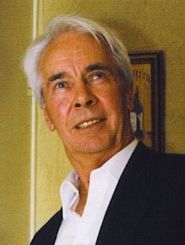 Robin acquired his first oil paints at the age of 9 and has been drawing, observing, and painting ever since.

Awarded a scholarship to the Moseley School of Art in Birmingham, he continued art studies at tertiary level for 3 years at the College of Art (City University, Birmingham) and a further 2 years at Shrewsbury College of Art.

Although he exhibited locally and in London it was difficult to make a living as an artist, so Robin became a musician and travelled extensively, meaning sketching and pen and wash became his only practicable art activity.

Since arriving in Queensland in 1989, painting has again become paramount, and Robin has had successes in many exhibitions. He is now exhibiting, selling, and doing commissions regularly out of Aspire Gallery in Paddington and in regional art shows around Queensland.